One of the most neglected areas of attack upon the Intoxilyzer 5000 by Texas criminal defense lawyers defending DWIs is the assumption the temperature of a DWI suspect's breath is 34 degrees Centigrade (or 93.2 degrees Fahrenheit).

Heat is the driving force behind Henry's Law and the inner workings of the Intoxilyzer 5000. Heat causes the ethanol in a person's blood to evaporate into their breath inside the lungs. The higher the temperature, the more ethanol goes into the breath.

The Intoxilyzer 5000 is certified to give accurate results for water solutions (the reference sample) of ethanol carefully maintained at a temperature different from the human body. However, the machine is never checked for accuracy using samples provided by living human beings at a core body temperature of 98.6 degrees Fahrenheit.

Studies show for every 1.8 degree Fahrenheit (1 degree C) increase in breath temperature there is a 6.8% overestimation of the measured breath alcohol, compared to that of a simultaneous blood alcohol sample. This means an Intoxilyzer 5000, measuring a person blowing into the machine with a breath temperature of 98.6 degrees F, is calculating an ethanol concentration about 20% too high. Consequently, many persons providing breath samples are being unjustly charged with DWI and are being wrongly convicted.

Next time we'll look at the Intoxilyzer 5000 and organic chemical interference. Call the best Bryan-College Station attorney to help you.
Posted by Stephen Gustitis at 9:01 AM No comments:

Earlier this week I posted here about the problems with the Intoxilyzer 5000. This machine is used nationwide by law enforcement to obtain breath samples from DWI suspects and to analyze the sample for ethanol concentration. More on Henry's Law.

However, when the Intoxilyzer 5000 is used to predict the amount of ethanol in human breath the situation changes dramatically. If you assume the liquid in the closed system illustrated here is human blood, and the airspace illustrated is the air in the lungs, even a lay person can quickly recognize potential problems.

The problem with the Intoxilyzer 5000? It assumes a constant pressure and it assumes a predicted temperature within the system. If the pressure is changing then Henry's Law can only be used to approximate the concentration of ethanol in human breath. Moreover, the Intoxilyzer does not measure the temperature of the suspect's breath sample. Without knowing the precise temperature the Intoxilyzer can only make assumptions that might not bear out in a particular case. If the temperature of the person's breath is different than what the machine assumes it is, then the results obtained will be erroneous. An experienced Bryan-College Station DUI defense lawyer can explain Henry's Law.

More about temperature problems in a later post.
Posted by Stephen Gustitis at 10:41 AM No comments: 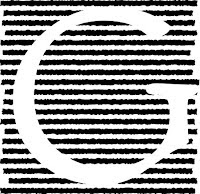 2. The Intoxilyzer is designed to produce a breath alcohol result exactly corresponding to a simultaneous blood alcohol sample. The problem is the assumption that the partitioning of alcohol from the blood into the breath is 2100:1. Not all persons partition alcohol from their blood based upon this ratio. Studies show partition ratios as low as 834:1. The Intoxilyzer 5000 will overestimate the alcohol concentration of someone blowing with a partition ratio less than 2100:1.

3. The Intoxilyzer 5000 assumes the test subject is in the elimination phase, rather than the absorption phase. It is rarely known whether the person is still absorbing alcohol from their last drink when the breath test is administered.

5. Mouth alcohol can lead to erroneous breath sample results. The Intoxilyzer 5000 claims to handle the mouth alcohol problem with a computer program called the "slope detector." There have been no scientific, peer reviewed studies showing the slope detector works as advertised.

7. Beyond this, the sample chamber can have up to .019 gms alcohol/210 liters breath alcohol inside when the machine is reading a 0.00.

There are other problems with the Intoxilyzer 5000. I hope Mark is using these blatant problems to his client's advantage this week during trial. A Bryan DUI-DWI defense attorney can also help you understand the 5000.
Posted by Stephen Gustitis at 4:41 PM No comments:

My friend and fellow defense lawyer, Mark Bennett was interviewed by reporter, Mary Flood, from the Houston Chronicle. Mark's interview is here and worth reading. Mark also looks pretty good standing on his front porch either leaving for, or coming from, the courthouse.
Posted by Stephen Gustitis at 4:31 PM No comments:

From Bear Crawls to Courtroom Paddlings

Last month I wrote here about an incident with my son at his elementary school. He was required to perform bear-crawls (corporal punishment) as discipline for misbehaving.

Now a Texas judge has been sued for giving parents the option of paddling their children in open court. The Brownsville Herald reported that judge Gustavo Garza was giving parents the option of spanking their children for truant behavior, or have the child face criminal charge and fines. The Associated Press reported a preliminary injunction was sought to stop Garza's use of paddles in his courtroom. Check out the video from News Channel 5 (KRGV) for a picture of the offending lumber.

Certainly a novel approach for rehabilitating truant youngsters in South Texas. What do you think? A good paddling vs. a juvenile adjudication and fines. To harsh? Over the top? Maybe a courageously good idea? I'd love to hear what you think.
Posted by Stephen Gustitis at 3:32 PM No comments:

Email ThisBlogThis!Share to TwitterShare to FacebookShare to Pinterest
Labels: punishment

So what do you think about this story? Howie Altholtz, Boston attorney and marketing director at Ruberto, Israel, and Weiner PC wants to publish a glossy pinup calendar featuring attractive male and female attorneys to benefit charity, that is, the Greater Boston Legal Services. Altholtz developed a website (Beautiful Lawyers) through which pinup hopefuls can submit their photographs, or photographs of others, for review and possible publication in the calendar.

The ABA Journal posted a piece (no pun intended) commenting on Altholtz's intriguing idea for raising money for a good cause. A sharp (but post-feminist) comment by attorney Ellen Barshevsky set the tone for some great discussion:

Why do WE always have to be objectivized? You know these men only want to see pretty women in skimpy bathing suits , and I’ll bet most of the men will be dressed to the nine’s in their 6 piece suits. Also, why is it that these people are focusing on physical beauty, when it is our MINDS that differentiate us from other bimbos. I went to law school to be a professional, not to show off my body to anyone. I would NOT buy this calendar product, even though it purports to be gender neutral and for a good cause. Face it, without pretty WOMEN, no one will buy it to see the guys. Women should NOT be viewed as MEAT.

So what do you think? Good fun or another blatant exploitation of the beautiful female (and male?) form?
Posted by Stephen Gustitis at 11:07 AM No comments:

Sometimes we need to take what is coming around. Since I'm a believer in the Biblical adage about "reaping" what we "sow," I'm surprised Austin, Texas criminal defense lawyer, Adam Reposa, is not just taking his medicine after being found in contempt of court for making a lewd gesture in court while discussing a plea bargain with prosecutors and a county court at law judge.

Ninety days in county seems fair to me for something as stupid as this. Heck, even Reposa was reported to have believed the sentence was fair while he was escorted out of the courtroom in handcuffs at the conclusion of the contempt hearing. This guy ought to take his medicine and stop wasting the court's time.

Why so hard on my fellow defense lawyer this early Monday morning? Guys like Reposa give hardworking, ethical, and committed defense lawyers a bad name. There's a price to pay for utter stupidity and what's coming around for Reposa seems earned to me.
Posted by Stephen Gustitis at 10:18 AM No comments: